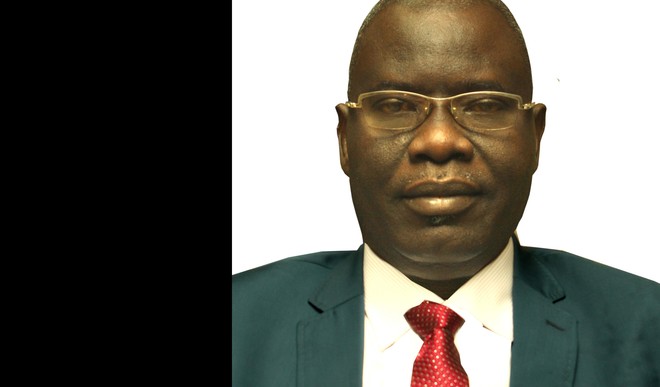 The Nigerian Office, West African Examinations
Council (WAEC), has appointed a new Head, Olutise
Isaac Adenipekun who will be relieving the out-
going Head, Charles Eguridu who has retired from
the services
of the Council.
In a statement signed by the Council’s Public
Affairs Officer, Demianus Ojijeogu ,a copy of which
was made available to Daily Trust in Lagos,
Adenipekun was said to have been promoted to
Deputy
Registrar status in 2011.
“Mr. Adenipekun who hails from Ere-Ijesa, Ilesa in
the present day Osun State was born on March 5th,
1960. He attended St. Stephen Primary School,
Ere-Ijesa and Ijebu-Jesa Grammar School, Ijebu-
Jesa.
He graduated from the then University of Ife (now
Obafemi Awolowo University, Ile-Ife) in 1983 with a
B.Sc (Hons) degree in Political Science.
“He also obtained an M.Sc degree in International
Relations from the same university in 1987 and in
2012 he got a Masters in Public Administration
(M.P.A) in Management of Educational Institutions
from
the Lagos State University, Ojo.
“He joined the services of the West African
Examinations Council (WAEC), on October 3rd, 1989
as an Assistant Registrar II. He rose through the
ranks to become Senior Assistant Registrar in 2000
and a Principal Assistant Registrar in 2005. He was
promoted to the rank of a Deputy Registrar in
2011,” the statement read.
Mr. Adenipekun is a Fellow of the Institute of
Corporate Administration of Nigeria (FCAI) and a
Member of the Nigerian Institute of Management
(MNIM). He has also attended several professional
and management courses both in Nigeria and
overseas.