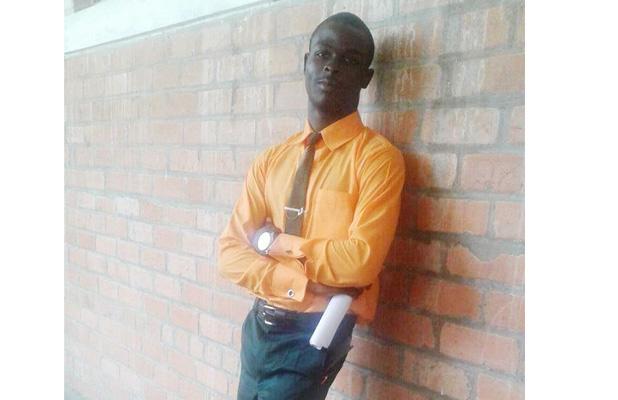 Margibi County, is considered the best

performing candidate in Liberia for WAEC 2016

In spite of the nearly 30,000 unsuccessful

candidates reported by the West African

Examination Council (WAEC) this year, not all

is doom. In fact, according to WAEC, there

appear to be an elite number of high schools

and students that have performed

comprehensively well, according to

Early results released by WAEC show a list of

rate.” In order words, every student from

made a successful pass. Notable among them

– both high-performers in WAEC annually.

However, it is rather promising to see that

some of the remotest schools – Buutuo High

School and Karnplay Inland Academy – both in

students from these schools are 1,241 in all,

out of the national total of 16,072 successful

The 35 schools include St. Teresa’s Convent

Gayvolor went on to name ten students, who

These students include Duozon R. Gaye from

Montserrado County; Miriam Katta of the

Institute are the only two on the list of ‘top

35 schools’ to also have students ranking in

two schools have and continue to rank higher

in the WAEC exams among other schools in

is considered the best performing candidate

for the May 2016 Liberia Senior High School

Koiwu obtained seven credits and has a T-

History, 6 in Literature-in-English, 3* in

Mathematics and 5* in Chemistry, reaping an

aggregate 27 in the best of six subjects.

Koiwu’s achievement of passing marks in this

variety of subjects may be laudable among

education pundits see his test scores as a

microcosm of both the students’ potential and

the dire need for improvement of the nation’s

“There is more to be desired in the context of

the regional standard, in the WAEC regime,”

an expert who preferred not to be named,

said. “Four of his best six subjects scored in

the lower level of the grading scale; his best

two subjects were right at the middle line.

And if indeed, according to the WAEC boss,

Koiwu is the best performing student of the

34% of students who passed this year’s

exams,” the source said, “then the quality of

his performance is the sum of efforts not

entirely his own, but those of the Liberian

education system, the schools he has

attended, the teachers he has learned under,

his family, church, community, his friends and

role models. And that means we all have a lot

“These May 2016 LSHSCE results produced ten

are delighted at their performance and want