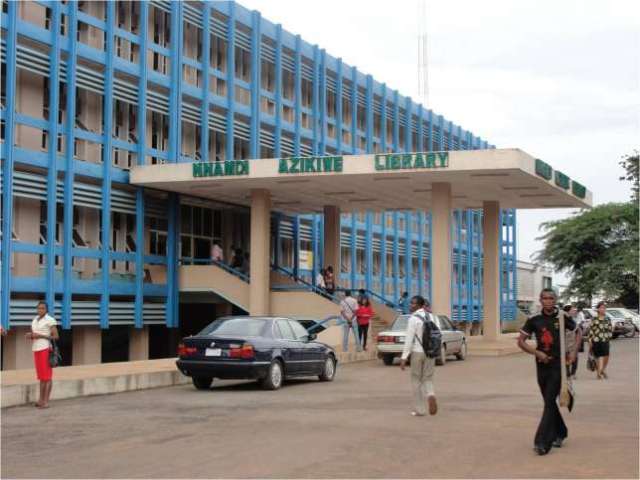 The fire incident took place on December 23
when a two-storey female hostel went up in
flame due to a power surge. No fewer than 32
rooms were razed and prosperity worth millions
of naira destroyed.

Victims of the fire which gutted Okeke Hall of
Residence at the University of Nigeria, Nsukka
(UNN » ) have now been reolocated to new
hostels, TheNation reports.
The fire incident took place on December 23
when a two-storey female hostel went up in
flame due to a power surge. No fewer than 32
rooms were razed and prosperity worth millions
of naira destroyed.
Last week, the school management allocated
alternative accommodation to the affected
students
A statement by Dean, Students’ Affairs (DSA),
Prof Peter Akah said the students were allotted
bed space on first-come-first-served basis. The
students, it added, presented their original online
allocation papers and identity cards that enabled
management to relocate them to Nkrumah Hall,
Mary Slessor Hall and Zik’s Flat Hostel.
Ugochi Okechukwu, a 100-Level English and
Literary Studies student, said management’s
decision took them by surprise.

Her words: “The management has done its
best by giving us another hostel. It is a good
development we have been relocated. They
did not leave us hanging around in the
school, looking for accommodation and
trying to pair room with friends. We are
surprised by the school decision .”
While the fire victims have settle down in their
new accommodation, some have urged the
school to compensate them for their documents
and properties lost in the inferno. A 300-Level
Economics student, who identified herself as
Adaeze, said allocation of new hostels to the fire
victims was not enough to compensate the
students.
She said: “Most of them had travelled when
the incident happened, so they could not
evacuate their properties while their rooms
were being razed. I expected the school to
compensate them, because some of them
lost vital documents. The school should be
commended for allocating new hostels to
them, but I believe the students deserve
more. ”