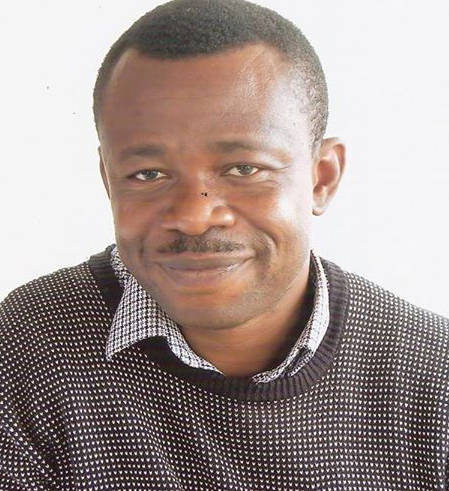 he University of Nigeria Nsukka (UNN)

has come down hard on the Head of

graduate students and another unidentified man

to beat up a lecturer in the department, Ben

A senior administrator at the university

confirmed to SaharaReporters this evening that

UNN had removed Mr. Onuoha from his post as

Head of Political Science. In addition, the

may put him on half-pay, according to our

“The university is determined to thoroughly

Onuoha’s suspension will last until the matter is

conclusively investigated and a final decision,”

SaharaReporters broke the report about the

assault after three concerned lecturers at the

university contacted us, stating that they were

disturbed that Mr. Onuoha appeared to be using

his contacts to shield the students he sent to

beat Mr. Nwosu and to bury the assault issue.

In a petition to the Vice Chancellor of UNN,

the now suspended HOD of sending three men to

beat him up as he left Mr. Onuoha’s office after

discussing his pending promotion. “On stepping

out of his office to the general office, three

men came behind me and demanded that I should

hand over my phone to them alleging that I had

recorded my conversation with the Head of

Department. In that instant, they initiated a

violent struggle to snatch the phone from me.

While that was going on, they were slapping and

hitting me until I released the phone to them

which they handed over to Prof. Jonah who came

out of his office while the melee was on. Jonah

not only took my phone, but was also accusing

me of being a troublesome person whom he would

severely deal with,” Mr. Nwosu, who earned a

PhD from New Zealand wrote in the petition,

provided to SaharaReporters by a source at the

Nwosu is facing more trouble at the university

as the administration has set up another panel

“to investigate allegations of massive corruption

and brazen extortion in the Department of

Political Science,” according to our

that some students had written a petition

accusing Mr. Onuoha and a cabal of his

associates in the department of using two

proxies to organize extortion of students who

wish to successfully go through their degree

“The authorities here at UNN are determined to

weed out bag eggs who have turned academic

pursuits into a bazaar of profit ventures,” said

our source at the university.