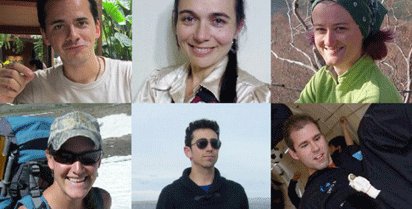 The earth has supported life forms for millions of years because it has features that set it apart from others. “The most impressive attribute of the Earth is the existence and amount of liquid water on its surface. No one knows why it has the exact amount of water it does, which is relatively small considering that water molecules outnumber silicate molecules in the galaxy,” said Geoffrey Marcy, an astronomer at the University of California, Berkeley.

“The Earth is remarkable for its precisely-tuned amount of water, not too much to cover the mountains, and not so little that it’s a dry desert, as Mars and Venus, our ‘sister’ planets,” he said. Unfortunately, man has almost succeeded in making the Earth virtually uninhabitable so scientists are seeking alternative abode in other planets and the Red planet, Mars, seems to be the most suitable. Others like Jupiter and Saturn have strong gravity, high pressure, strong winds (225 miles per hour to 1000 miles per hour) and freezing temperatures of -270 degrees to +32 degrees.

So the National Aeronautics and Space Administration (NASA),  US government agency responsible for civilian space program as well as aeronautics and aerospace research, has planned a manned mission to Mars.

Before men are sent to Mars, NASA began funding a research  at the University of Hawai’i (UH), the Hawai’i Space Exploration Analog and Simulation (HI-SEAS) mission aimed at simulating or imitating long duration space exploration.

architect (Tristan Bassingthwaighte) and  doctor of medicine/journalist (Sheyna Gifford), went into isolation in an 11-meter wide, six-meter tall solar-powered dome on the slopes  of the 4,000-meter Mauna Loa volcano in Hawai’i to simulate a manned mission to Mars.

According to reports, the volunteers  will live in the dome for one year literally cramped together. This is the longest HI-SEAS mission yet in the project and it will focus on crew members cohesion and performance. The researchers are working to develop effective team composition and support strategies to allow crews to successfully travel to Mars and back, an estimated three years journey.

“The crew will be monitored using cameras, body movement trackers, electronic surveys, and other methods.  UH Mânoa researchers and their collaborators will be studying the group’s cohesion over time, gathering data on a wide range of cognitive, social and emotional factors that may impact team performance,” said the report.

“The longer each mission takes, the better we can understand the risks of space travel,” said Kim Binsted,HI-SEAS principal investigator and UH professor of Information and Computer Sciences Dept.  “We hope that this upcoming mission will build on our current understanding of the social and psychological factors involved in long duration space exploration and give NASA solid data on how best to select and support a flight crew that will work cohesively as a team while in space,” he added.

“Although the volunteers each have a tiny room with enough space for a desk and a sleeping cot, they need to wear a spacesuit every time they go outside. They do not also have access to comfort food and have to bear consuming foods that are no longer fresh such as powdered cheese and tuna, the report said.

The experiment is deemed important as NASA wants to know what conflicts can emerge when people live together with very limited privacy in such a very small space. The University of Hawai’i said that the experiment focuses on the cohesion and performance of the crew, which could help identify the best way to travel to and from Mars.

It isn’t the first time that this experiment was conducted. Two teams have already been sent to live in the dome. The first team stayed for four months and the other team stayed for eight months. The latest mission would be the longest. “We hope that this upcoming mission will build on our current understanding of the social and psychological factors involved in long duration space exploration,” said Binsted.

Researchers acknowledged that inter-personal conflicts are expected to happen in such long-term missions even with the best people. “The eight-month mission was marked with inter-personal issues albeit the members managed to solve them and made sure that the mission would push through as planned,” said the report.

One of the volunteers, Sheyna Gifford, described the experiment on her blog, LivefromMars.life as “six people who want to change the world by making it possible for people to leave it at will.” The location was chosen because the only scenery around the dome is reddish volcanic rock, which creates the impression of being on the Red Planet.