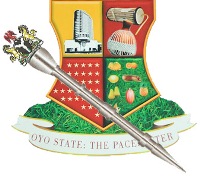 four pupil of a public school in the state

for her prowess in Science and

s tate at the National Mathematics

where she also came first out of 40 other

While still in primary four, Morufat

equally represented the state in Abuja in

a Junior Engineers, Technicians and

by Federal Ministry of Education where

she won first prize in December 2014.

had raised a motion to that effect during

the House plenary presided over by the

The lawmaker while justifying the need

for the official recognition maintained

that such a gesture would further

encourage her to be a good ambassador of

the state and that of Nigeria wherever

The lawmaker, also made some

suggestions including a call on the House

to “receive and honour Lawal Morufat

Yetunde, her parents, head teacher and

Mathematics teacher at a plenary session.

“Urge the executive arm of government

through the Ministry of Education to work

out a programme of academic development

secondary level for her and or link her up

with the National Mathematical Centre

contributing to the motion, maintained

that best teachers are found in public

schools, and called for support for

Morufat, who she described as a pride to

the state and Nigeria.

A voice vote called by the Speaker on the

adoption of the motion to become a

In another development, the adhoc

committee set up by the House on

ensuring lasting peace among the Fulani

Bororo cattle rearers and their host

communities in the state had

recommended the set up of peace

committees at both the state and local

The suggestion was part of the eight

point recommendations contained in the

report submitted by the ad-hoc committee

Honourable Kehinde Subair to the House

during the plenary which was adopted by

NOUN: The Cornerstone Of Education And Leadership

WASSCE: WAEC Complains Of Low Performance In Mathematics, Others