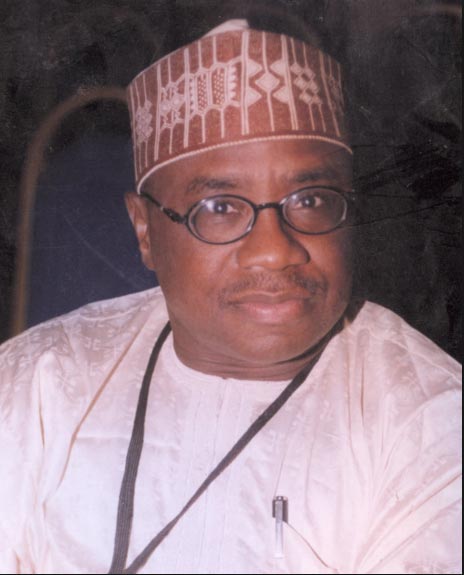 Prof. Abdalla Adamu, the Vice-Chancellor, National
Open University of Nigeria (NOUN), has said that the
university is working towards offering scholarships to
100 Internally Displaced Persons(IDPs) in the country.
Adamu, who stated this at the 1st NOUN Distinguished
Lecture on Wednesday in Abuja, said that the university
was working in collaboration with a local bank on the
initiative.
He said that the institution had made its willingness to
educate IDPs known to one of the leading banks in the
country.
“A representative of that bank made an unofficial
statement, but they said they would back it up to
sponsor 100 IDPs in the camps.
“We are still working on the modalities; we will enrol
them in NOUN and the bank will pay.”
The vice-chancellor said that the World Bank had also
advised NOUN to liaise with state governments to
provide it with a list of indigent students for
sponsorship.
He added that World Bank had also said that indigent
and disenfranchised students would be enrolled in
NOUN under the bank’s facility, with their states’
approval.
He explained that the World Bank would not give
money to NOUN, but to the states to facilitate the
education of such students.
He added that all the states needed to do was to
inform the World Bank and it would sponsor the
students in NOUN through its access to education
facility.
Adamu expressed optimism that the offer would
provide an opportunity to educate a huge number of
people who did not have money to afford education.
He, however, noted that globally, countries were faced
with the triple challenge of expanding access,
improving quality and ensuring equity, especially in
higher education.
He said that in order to address and proffer solutions
to the challenges, NOUN had instituted its public
lecture series.
This, he said, would be a platform where professional
stakeholders would share their experiences and new
ideas on higher education.
In his remarks, Prof. Asha Kanwar, the Guest Lecturer
at the event, said that Open Education Resources
(OER) would help in getting education to the
unreached.
Kanwar, who is the President, Commonwealth of
Learning(COL), said that OER were free and readily
available.

She said that OER could be re-used and re-purposed to
suit different needs and could be available in any
medium such as print, audio, video and digital.
According to her, open universities have traditionally
built their reputations on the quality of their content.
“By making quality content free, OER offer a unique
advantage to open universities by freeing faculty time
from course development.
“This time can now be allocated to learner support
which needs more attention.
“Open universities can develop OER policies and build
the capacity of their staff to harness the potential of
OER.”
Kanwar said that only seven African institutions had
OER policies and commended NOUN for being the
pioneer OER in Africa which attracted the Global Open
Education Consortium 2016 Open Education award.
She, however, called for the deployment of affordable
technology in reaching the unreached in Nigeria.
The lecture was; “Can Open Distance Learning (ODL)
Reach the Unreached? Lessons from the
Commonwealth”.