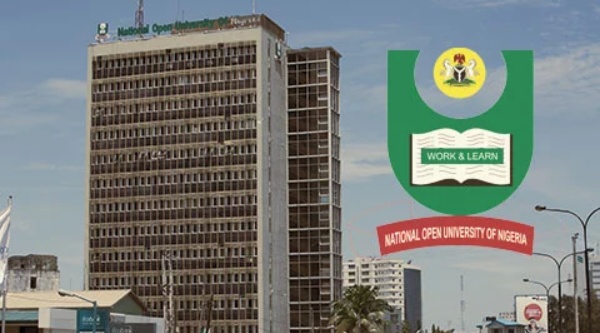 The National Open University of Nigeria on Monday said it would award degrees to 14,771 students in its seventh convocation, including a Doctor of Philosophy degree to former President Olusegun Obasanjo, and a Bachelor’s Degree to two inmates who finished from its Enugu Study Centre, Enugu State.
The NOUN Vice-Chancellor, Prof Abdalla Adamu, who stated this during a briefing in Abuja to announce the convocation, said Obasanjo was the first Ph.D. graduate and got the degree in Christian Theology, having satisfied the academic requirements.
The VC noted that there were 41 First Class students among the graduates.
Adamu said the university, with a current population of 450,000 registered students in the database and 180,000 active students, had reached out to partner open universities in European and African countries for research development.
He said, “This convocation is the most historical in our history as a university for two reasons. First, one of our graduates is the first Doctor of Philosophy we are producing. That is, former President Olusegun Obasanjo. Despite the fact that we have been in existence for years, we have not been able to produce Ph.D. graduates, because we first had to graduate lots of Bachelors and Masters degrees.
“The only candidate who went through the Master of Philosophy to the Ph.D. so far is former President Obasanjo. The senate has approved that he be awarded Ph.D. in Christian Theology. He started his programme from the scratch even before I came on board in 2016. He did the examinations, proposal defence, external defence and other requirements.
“Also, this year, we have a record number of 14,771 students for graduation. People may be wondering how we are able to graduate such number of students but the answer is simply data management. Before I came, all data information and management of the university was handled by external vendors.
“But we since decided to have information, communication and data management departments which now handle our information management. They are located within the university. That means that we are able to clear many more students for graduation.”
The university Registrar, Felix Edoka, confirmed that there were two prisoners among the graduates from the NOUN, Enugu Study Centre.
Edoka, however, did not give the names of the inmates.
Also, the Vice Chancellor, Prof Adamu, said the former President would be considered for an appointment as a supervisor by the university, which his PhD qualified him for.
“There are lessons to be learnt from Obasanjo; one, nobody is too old to learn.Obasanjo was about 80 years-old when he started the programme and has finished it at 82. We will consider him for the post of a facilitator or supervisor; maybe for our Abeokuta Study Centre; we will suggest it to him.”