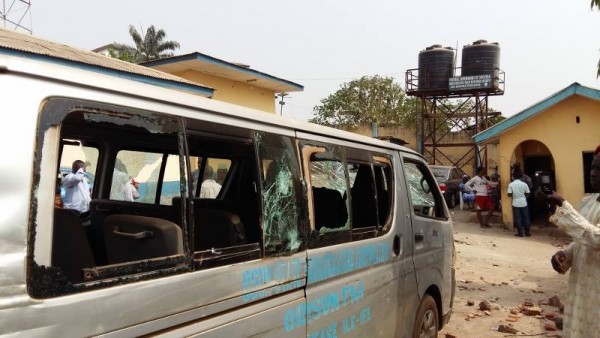 Osun state was on Thursday thrown into a state
of chaos after some secondary school pupils in
Osun State staged a violent protest against the
decision of the state government to stop the
payment of the West African Senior School
Certification Examinations fees .

Hundreds of students trooped out in Ile – Ife to
protest the new policy and some of them
reportedly attacked some motorists while some of
them vandalised property belonging to Orisun FM ,
a radio station owned by the state government .
The state government had decided to scale down
the number of pupils whose fees would be paid
this year. This was said to have made the
government announce that it would not pay the
WASSCE fees of any pupil who failed to have four
credits in the mock- examinations .
The pupils were said to have vented their anger
on the radio station and vandalised some cars
parked on the premises before they left . Sokoto car designer gets scholarship to study in U.S.