Nigeria: Past and Present Education in Comparison 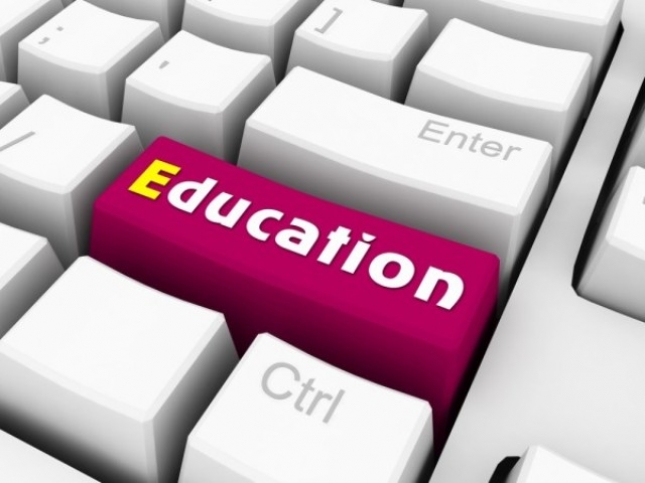 Nigeria: Past and Present Education in Comparison

LATELY, a neighbour asked me: “Where is Brazil
on the map of the world? Is it in Europe or
where?”… What about Canada? Is it a member of
the Commonwealth?” I replied to each of his
guff, “Brazil is in South America. Canada is in the
northern end of the United States of America
(USA) with which it shares common border, but
is inter-posed between the Pacific and the
Atlantic Oceans.” I added: “Canada was a British
colony and the second member of the
Commonwealth.”
These questions formed the prelude to my
broadsides against the questioner about the
quality of education of today. If I were this
questioner, I would make private researches into
the truths. Observing my unpleasant mood, he
blustered: “I did not study Geography or
Government at schools.” I probed him, “If you did
not study these subjects, why not study them?”
He afforded me the opportunity to delve into
comparisons between education of today and
yester-years.
Both of us took opposite stance. He argued: “In
those days, you elders had opportunities and
were comfortable at your studies” I then opened
arguments as to whether or not the past
generations had better educational advantages.
To begin with, schools were scanty in the past,
dotted here and there at distant locations
outside the easy reaches of pupils. The past
generations were exposed to long treks from
home to schools before settling down for the
days’ lessons. Lateness would not be tolerated,
despite the long distances covered to get to
schools. Indiscipline attracted corporal
punishments. Those schools belonged to the
religious missionaries of the period. Discipline
was the emphasis, unlike today with schools on
almost every corner at short distances from
homes.

Typical personal experiences are necessary to
buttress one’s stance as a representative of the
old generation. To wend my ways daily from rural
Mushin area to the railway line in colonial Lagos
was a great trek. In 1949, when this writer began
school, there was no electricity at Odiolowo-
Mushin. Kerosine lamp was in use to study,
unlike today. On transfer to Ijebu Province, now
in Ogun State, the rigour doubled as the schools
were located several kilometers (miles) away in
second or third town. When I left Odogbolu in
1957, the town did not have electricity.
My experiences were typical of the then
prevailing conditions. Today, pupils and students
ride on state-of-the art vehicles to and back
from schools. There is no stress before getting
to schools of modern architecture, airy with
through and through ventilations and equipped
with desks separated by carrels for individual
students in the libraries. The quality of the end
result was the objective. Teachers’ dedication
was the advantage that the older generations
had. It was a Herculean task for teachers who
would combine two classes in open school halls,
because of the shortages of teaching staff. Their
pride was in the excellent performances of the
learners.

Can the present generation of teachers boast of
such quality of services? No is the answer. Allied
with the old teachers’ dedication to duty was
students’ equal seriousness with their studies. In
the days of yore, before beginning school,
prospective learner had to stretch his right arm
across his head; if the individual’s hand touched
the left ear, it manifested the maturity or
qualification to begin school. If the hand fell
short of the ear, he would be returned home as
unqualified for school admission into infant class.
That system served as a “Birth Certificate” of
sort. With that system, a prospective learner
could be as old as 10 years or more for school
enrolment. Before attaining Standard Six, he
could be 21 years old.
Today, the school-going age is 1½ or two years
for crèche; two to four years for Nurseries One
and Two; while for Basics One to Six, the ages
range from five to 10 years. For the secondary
school course, it is between 11 and 16 years to
qualify for SSCE. Therefore, the present
generations of learners have advantages over the
older ones who hassled perpetually for their
acquisition of London General Certificate of
Education by evening classes or correspondence
courses at exorbitant costs. At the universities,
the term “Carry-over” was alien to the students.
This could accumulate in many subjects today,
hallmarking mediocrity to prolong stay at the
campuses. In those days, once a student failed,
he failed for repetition or to drop out. “Carry-
over” inclines today’s students to slothful
academic life, complacency and eventually into
dropping out or ending up with “Oluwole
certificates”.

Drawing a parallel between education in the past
and the present is like comparing bicycle with
motor-cycle; one is driven muscularly, while the
other is motorised. Today, students and teachers
have greater opportunities of exposure to state-
of-the-art technologies in learning and teaching
systems. Students are advantaged to internet to
aid learning. Courses like accountancy, banking,
insurance, medicine and law were studied over-
seas, but which are now available in the country.
Famous names in journalism profession had to
travel by air or ship to Britain in pursuit of the
golden fleece. The generations of today are
beneficiaries of great advantages.
The questioner was at a loss of words to support
his contention that the older generations of
students were comfortably placed to learning.
The problem with the present generations is that
the advantages of technology have created
primrose path for their increasing lapse into
complacency that incurs laziness. Most of the
graduates cannot defend their certificates.
Although, in the system, there are geniuses, the
trend of quality growth in academic brilliance is
increasingly sliding from the sublime into the
ridiculous. The situation must be arrested.