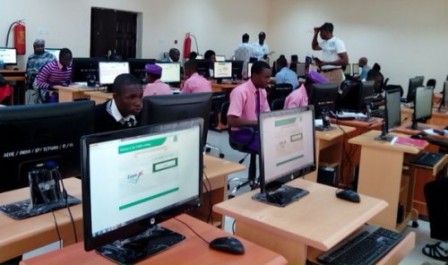 The Legal Defence and Assistance Project
(LEDAP) has filed a case at the Federal High
Court, Abuja seeking for an order declaring
post–UTME test conducted by Universities and
Polytechnics before admitting students as illegal
practice that should be abolished.
In a suit filed by the group against Joint
Matriculation Board, the group said that there is
no law authorizing the Universities to subject
candidates to a second screening or test after
the UTME examination by JAMB.
The group also said that the POST-UTME test
has become a source of corruption in the
universities and polytechnics adding that
lecturers and admission officials charge
candidates huge sums of money using the Post-
UTME as smoke screen.