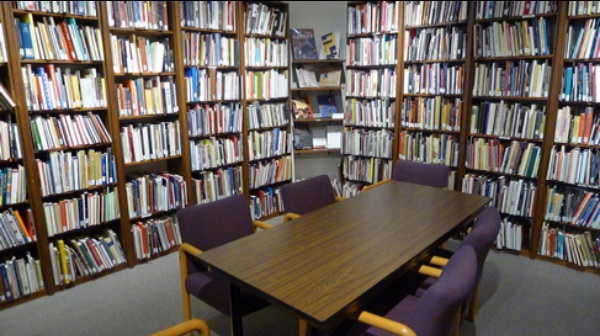 The WAEC/Libraries and Others Trade Group Council of Non-Academic Staff Union of Educational and Associated Institutions (NASU) has decried the inadequate funding of national and state libraries.
In a communiqué issued at the end of its regular meeting, the union described libraries as gatekeeper and storehouse of knowledge as well as critical elements in the educational sector.
The council noted that there is urgent need for intervention of Tertiary Education Trust Fund (TETFUND) in the funding of national and state owned libraries as it does for public institutions’ libraries.

The communiqué signed by the Deputy President/Chairman of the WAEC/Libraries and others Trade Group Council, Michael Adegoke and Secretary, ‘Damola Adelekun, observed that there is no way Nigeria can achieve the much talked about education for all, if the present level of funding of the national and state owned libraries is not drastically improved upon.
In the same vein, it also considered as national embarrassment the present rented apartment of the National Library of Nigeria (NLN) and therefore called on the Federal Government to expedite action on the completion of the abandoned National Library of Nigeria headquarters building as a matter of utmost priority.
The council urged the Federal and state governments to substantially increase funding of the national and state owned libraries for the attainment of the aims and objectives of establishing them.
The council-in-session also condemned the failure of some state governments to pay workers’ salaries during the yuletide period, insisting that payment of salaries is a statutory obligation that must be fulfilled at all times.
The council noted with dismay that despite the support extended to state governments by the Federal Government in form of bailout fund as well as the first and second tranches of Paris Club refund and the fact that the statutory allocation from the Federation account is still accessed by the States, many of the State Governments are still owing salaries, pensions and gratuities.
The council-in-session charged Labour leaders especially the State NLC leadership to be on their toes and serve as watch dogs of the releases in order to monitor the disbursement of the funds before it is diverted to unproductive projects by that state governors and any state that refuses to pay workers and pensioners.
The council-in-session observed flayed both federal and state governments for failure to adequately fund the education sector over the years .
The council condemned in strong terms the 7% budgetary allocation to education in the year 2018 Federal Government annual budget which is a far cry from the 26% UNESCO recommended allocation to education.
The council-in-session decried the deplorable state of roads, which have become death traps.
The council observed with utmost dismay that, despite the huge amount of money appropriated every year for the construction and rehabilitation of roads by the Federal Government, their conditions have continued to worsen as a result of daily haulage of goods by heavy duty trucks.
The council urged the Federal Government to mobilise contractors and the agencies responsible for maintenance of roads to site for quick and prompt rehabilitation and construction work on roads across Nigeria.
The Trade council frowned at the anti-union policies and antics of some of the Registrars of the examinations councils and Boards.
It urged the concerned managements to desist from such acts ranging from punitive transfer, denial of promotion, withdrawal of benefits amongst other measures.
It urged the anagement of concerned examinations councils and Boards to resolve all lingering issues and honour agreement reached with unions.
The council-in-session reiterates that managements and unions are partners in progress and complement each other’s roles for the benefit of the councils, boards and Nigeria as a whole.

By CEMCSL | January 8, 2018 | Blog | Tags: ‘Damola Adelekun, boards and Nigeria as a whole., denial of promotion, despite the huge amount of money appropriated every year for the construction and rehabilitation of roads by the Federal Government, if the present level of funding of the national and state owned libraries is not drastically improved upon. In the same vein, many of the State Governments are still owing salaries, Michael Adegoke and Secretary, NASU tasks TETFUND on funding of national library, observed that there is no way Nigeria can achieve the much talked about education for all, which have become death traps. The council observed with utmost dismay that