Millions of children in Syria deprived of education, says UNICEF 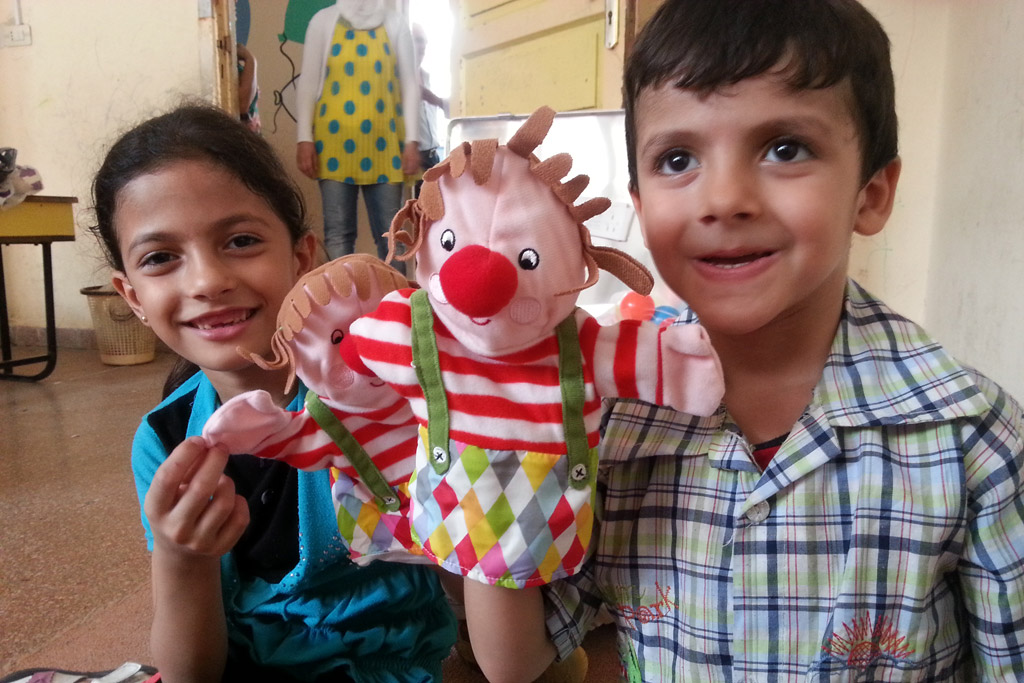 Millions of children in Syria deprived of education, says UNICEF

As children
around the world return to school,
there are more than two million in
Syria who will not be able to join
them, the United Nations Children’s
Fund ( UNICEF) cautioned today,
adding that another 400,000 are at
risk of dropping out of school as a
direct result of conflict, violence
and displacement.
With the conflict in Syria now in its
fifth year, some children in Syria
have never known what it is like to
enter a classroom, while others have
lost up to four years of their
schooling, the agency noted in a news release.
“Syria’s basic public services, including education,
have been stretched to the maximum,” said Hanaa
Singer, UNICEF Representative in Syria. “We need
to do so much more to help the education
institutions from collapsing and increase
opportunities for children to access education
across the country.”
School buildings are also affected by the conflict;
5,000 of them cannot be used as they have been
destroyed, converted into shelters for displaced
families, or used as bases for armed forces,
UNICEF said. Often, the schools and their
surroundings are unsafe, dangerous for children
to reach, and at risk of deliberate attack. To take
their exams last summer, at least 20 per cent of
Syria’s children were forced to cross lines of fire.
UNICEF has been working with local partners on the
ground to reach around three million children,
and has implemented an informal education
programme to reduce the number of out-of-school
children. The agency is also printing school supplies
and text books locally and distributing them to
students.
“Even under the worst circumstances Syrian
children keep asking to learn and go back to
school because they are yearning for a better
future and a chance to be influential” said Ms.
Singer. “We must all invest in Syria’s children as
they are the future of Syria and they will help
rebuild their country when peace returns.”
Under the ‘No Lost Generation Initiative,’ UNICEF
is starting a self-learning programme to reach
500,000 children who missed out on years of
schooling. An accelerated learning programme is
also aimed at helping 200,000 children catch up
with their learning and eventually reintegrate into
formal education. UNICEF is also rehabilitating
damaged schools and creating prefabricated
classrooms to accommodate 300,000 additional
children.
UNICEF requires $68 million by end of the year, of
which $12 million is needed immediately in order
to continue responding to children’s educational
needs.

Obasanjo, Soyinka, Others Make List Of Those Who Inspire Nigeria