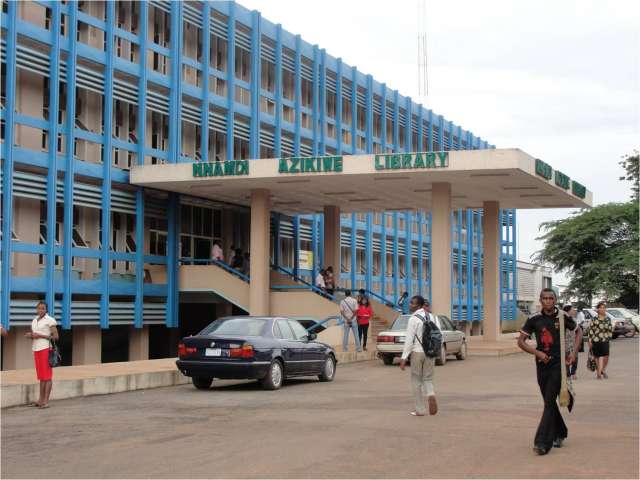 The Vice Chancellor has come to an agreement

with the students over laptop fee.

Vice-Chancellor of the University of Nigeria,

representatives of the Students’ Union

Government (SUG) have come to an agreement

and resolved all issues regarding the payment of

The students were upset when the management

of the University made the decision to impose

laptop that will be provided for them. The

students were worried, mainly about the fact

that they could not afford such amount. They

Fortunately, the matter has now been resolved

following a meeting between the Vice-Chancellor

have agreed that students can now pay this fee

“ The university administration has arrived at

the following resolution after an extensive

discussion with the SUG leaders. The laptop fee

is compulsory for all first year students, but

there is an option to either pay once or in three

“ For those to pay in three installments, they will

make a yearly payment of N25,000 spread over

three sessions. The installment will be added to

the student’s service charge in the sessions. All

non-freshers who want to be part of the

programme must make single payment of

N70,000. There is no installment provision for

Faith Godwin, a worried fresher had this to say

on the policy, “ I was thinking where I would get

the money, because my parents only gave me the

school fee. I found the laptop scheme to be good

but many of us could not afford to pay at once.

This is why I am happy that the fee has been

divided into installments ,” she said.

Due to the laptop fee introduction, the

A non-teaching staff, who gave his name as Mr.

Uchenna, described the initiative as good

project, but said it came at wrong time.

He said: “ Economic situation is very bad and

everyone is affected. Some students came in to

register, but they could not pay because of the

laptop fee. This is a good initiative but it came

at a wrong time. If you go from faculty to

faculty, you would hear the same story. Since

we started the registration exercise, some

faculties have not cleared more than 200

understood the country situation and introduced

the installment initiative. This would make

students to come for registration.”