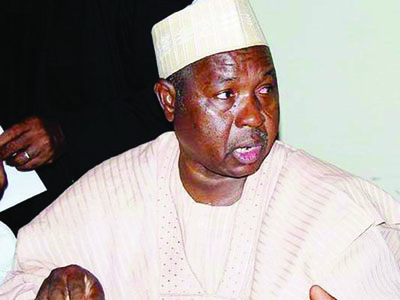 Pressure is growing on the Government of
Katsina State to abandon its newly introduced
mock examination for students in secondary
schools and continue to purchase West African
Examinations Council (WAEC), National
Examination Council (NECO) and National
Business and Technical Examinations Board
(NABTEB) forms for free distribution to final
year students.
Divided opinions continued to trail the decision
since Governor Aminu Masari confirmed the
determination of his administration to save the
state’s scarce resources by enrolling only
serious students for external examinations.
This followed what he described as the
shocking outcome of the first state-wide mock
examination conducted by the Ministry of
Education.
While some educationists and analysts are in
support of the government’s decision, others,
largely parents and opposition politicians are
accusing the new administration of reneging
on its pre-election campaign promise to
introduce free education in the state.
It would be recalled that the Katsina State
Ministry of Education recently released what
observers and ministry officials have described
as the gory and discouraging statistics of
students’ performance in the mock exams
where out of 46,000 students that sat for the
exams, only 10% or 4,600 students passed
while 90% or 41,400 students failed woefully.

Trouble started last October when the
government, through the state Ministry of
Education, introduced the mock examination
and announced that the state government will
only pay the West African Examination
Council/National Examination Council
examination fees of secondary school
students, who passed their schools’ mock
examinations.
“My administration has no plan or intention
not to continue the payment of examination
fees for students sitting for WAEC, NECO and
NABTEB. Being a governor on the All
Progressives Congress platform, education,
agriculture, water supply and health care are
our key priorities,” the governor had said back
then.
The governor, who lamented the poor
performance of students in the state in
external examinations, said the decision was
part of the administration’s determination to
ensure the state regains its position as a
centre for learning, excellence and peace. He
assured the people that the government would
give all the support needed by students ready
and willing to excel in their academics.
Protests
However, in a swift reaction to the policy,
hundreds of secondary school students staged
peaceful demonstrations on the streets of
Katsina State to condemn the re-introduction
of mock examinations by the new APC
administration as a condition for government
to pay their WAEC and NECO fees.
The protesting students, who converged in the
heart of the state capital, moved to the
Government House where they were received
by the Chief of Staff, Dikko Radah. Displaying
placard with various anti-government
inscriptions, the students demanded to be
attended to by the governor.
According to eye-witness accounts, the
students who participated in the protest in
Katsina town came majorly from four
secondary schools, including Katsina College,
Government Day Secondary School, Yandaka,
Government College Katsina, and Government
Pilot College.
Speaking on behalf of others, one of the
students, Kabir Hassan, said many of the
students in public schools came from poor
homes, and that outside government help, it
would be difficult for them to pay the WAEC
and NECO fees. He therefore urged Governor
Masari to rescind his decision in the interest
of the students.
Responding, the Chief of Staff, Dikko Raddah,
promised to deliver their protest letter to the
governor. He however told the protesting
students that of the 17,000 students the state
government paid for last year, only a little over
300 got three to five credits or more.

No going back
But the governor said no amount of protest
can kill the new policy given its importance to
the survival of the state. Masari even vowed
to sack any teacher found to be behind the
recent protest by students over the
reintroduction of mock examinations in
schools.
Speaking when he met with principals, vice
principals and teachers recently to discuss the
tension being generated by the policy, Masari
said there was no going back on the policy as
wastes can no longer be condoned. He urged
parents in the state to support his
administration’s effort to re-invigorate
learning in the state.
The visibly upset governor told the gathering
of educationists that it was disheartening to
see that billions of naira was spent on the
payment of WAEC and NECO examinations
without commensurate benefits, adding; “We
must tell ourselves the truth that government
cannot continue to afford sponsoring failures”.
According to him, instead of paying for pupils
to come back with bad results, government
would channel such funds to fixing the
deplorable condition of the sector with a view
to adding value to the system. He condemned
a situation where hundreds of secondary
schools students across Katsina took to the
streets to protest over the policy.
According to Masari, only those who pass the
examinations would be eligible to benefit from
payment of WAEC/NECO fees. He said aside
saving cost for the government, the policy is
also capable of forcing students to pay more
attention to their studies as only those who
study well and pass the mock examination will
benefit from government sponsorships
henceforth.
Diverse opinions
Speaking on the development, a Funtua,
Katsina State-based public analyst, Ibrahim
Mohammed, said while it is expected that the
beneficiaries of this scheme must cry foul, it
will be economically unwise and
counterproductive for government to continue
to spend scarce resources on unserious
students.
“If just concluded mock examinations were the
actual exams where the state government
would have paid an average of N10,000 per
candidate, it then means the sum of N460m
would have been expended and since only
4600 students passed the exams, it means
N414m would have been wasted with only
N46m expended for good cause. Imagine the
quantum of funds already expended by the
state government for eight years with no
tangible results!
The policy of paying the external examination
fees of all students was initiated by the
immediate past governor of the state, Ibrahim
Shehu Shema, where the state government
used to purchase West African Examinations
Council (WAEC), National Examination Council
(NECO) and National Business and Technical
Examinations Board (NABTEB) forms for free
distribution to final year students.
The new governor explained that the purpose
of paying the examination fees is defeated
because students are unserious. “You pay
exam fees for a student who spends four years
at home not attending school only to come
and sit for the examination”. He said the state
faced a bleak future in education if it continues
to record dismal performance in critical
examinations, predicting that the situation
would soon get to a point where students
from the state would no longer pass qualifying
examinations to universities.

By insisting on qualifying mock exams, the
administration will be saving a lot of money
that would have gone down the drain if spent
on the wasteful expenditure given the poor
performance of the students in past
examinations,” Mohammed argued.
But according to the President of the Ahmadu
Bello University, Zaria chapter of National
Association of Katsina State Students, Al-
Amin Usman Funtua, the re-introduction of
qualifying exams to SSIII students of public
secondary schools in Katsina State by Masari
is a good policy but at the wrong time.
“How will you expect the students to pass the
examination when there are vigorous problems
in the states own secondary schools where
students that are supposed to learn are
denied the opportunity of learning. Katsina
State Government owned secondary schools
are characterized by infrastructural
insufficiency, infrastructural decay, and
incompetent manpower, Poor attitude by
teachers, non sustainable funding and
inadequate resourcing among many other
challenges. These are but a few of the
challenges handed over to Masari by his
predecessor over which he must pause and
ponder before deciding his best approach to
the much needed change,” he said, adding,
“the governor should instead concentrate in
confronting all these challenges he inherited
by providing the schools with standard and
modern learning facilities, sporting facilities,
upgrade the infrastructure, massive
recruitment of competent manpower, and
ensure sustainable funding and adequate
resourcing.”
According to him, “lack of competent teachers
has remained a clog in the wheel of qualitative
education service delivery in Katsina State.
The government has to embark on a massive
recruitment drive that will ensure only
competent teachers are employed – not
certificate based alone but practical evidence
of what the certificate holders claim to have
should be tested via a demo class interview,”
he said.
With the arguments for and against still raging
and the government insisting that the policy
has come to stay, observers of the politics of
the northwestern state say the last may not
have been heard of the furore generated by
the policy.