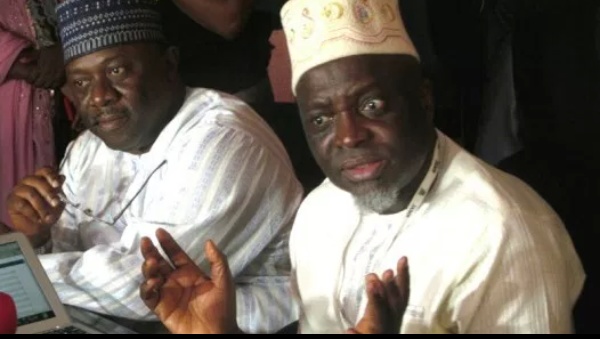 A team of policemen assigned to the Adeniji Adele Police Division, Lagos Island, arrested two men in Lagos on Saturday for engaging in illegal registration of candidates for the 2018 Unified Tertiary Matriculation Examination.
The suspects, identified as Mr. Bamigbade Ajibola and Mr. Amoo Moshood, are alleged to be the owners of a Joint Admissions and Matriculation Board-approved Computer-based Test Centre, Vision Computer Academy, located in Ibeju Lekki, Lagos. They were arrested after a tip-off from members of the public that the Lagos Island Primary School, Sura, was being used for an illegal registration exercise.
According to the Coordinator of the Lagos Office of JAMB, Mr. Sunday Aladegbaye, the men had moved the router and computers at the CBT Centre to an illegal location to engage in fraudulent practices and extortion of candidates.
Confirming the arrests and the status of the school where the offence was committed, in a statement made available to our correspondent, Aladegbaye said, “My attention was, as of 8pm on Saturday, drawn to the fact that both men, Mr. Bamigbade Ajibola and Mr. Amoo Moshood, were carrying out the registration of innocent candidates for the 2018 UTME at Lagos Island Primary School, Sura, Lagos and they were apprehended by men of the Nigerian Police Force, Adeniji Adele Station and detained.
“I confirm that the school is not approved and accredited as a centre by JAMB. Therefore, Ajibola and Moshood’s actions at the school are illegal. By carrying out the registration of candidates for the 2018 UTME with a router and six lap-top computers, they are aiding and abetting registration fraud.”
Ajibola and Moshood were charged to court on Monday. A copy of the charge sheet, which was obtained by our correspondent, stated that both men were arraigned at the Magistrate Court 3, presided by Mrs. A.O Komolafe, and charged with impersonating JAMB officials and thereby committing an offence punishable under Section 78 (a) and (b) of the Criminal Laws of Lagos State 2015.
Both men, the document also stated, pleaded not guilty to the charges and they were granted bail in the sum of N100,000 each with two sureties. The case was adjourned till February 20.
Aladegbaye said JAMB was determined to ensure that the conduct of examination and admission processes in Nigeria is standardised.