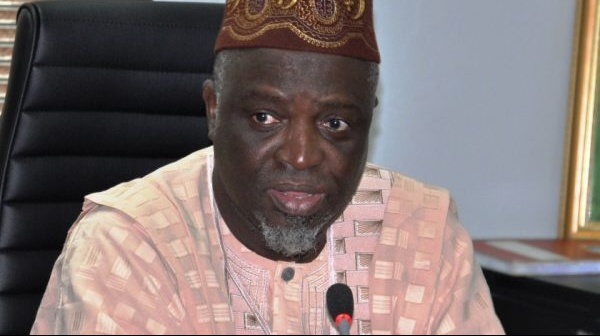 The Joint Admissions and Matriculation Board (JAMB) has stated that over 1.6 candidates have been recommended for admission in the 2017/2018 admission year from various tertiary institutions .
Of that amount, only 500,000 have accepted their admission as at the time of filling this report.
The Board’s Head of Media, Dr. Fabian Benjamin who disclosed this during an interview with LEADERSHIP Friday yesterday stated that it was far beyond numbers recorded for other years.
Benjamin however stated that candidates were to accept their admission before the admission is said to be complete.
He attributed the increase to the flexibility of the cut-off marks and also the availability of data through the JAMB CAPS (Central Admission Processing System) which was introduced last year.

“We have over 500,000 accepted admission already. By the time the 1.1 candidates accept, we are now looking at 1.6 admission. So until the 1.1 candidates accept, by the time they accept, with the 500,000 that have accepted, we will have about 1.6 million accepted,” he said.
He explained that in CAPS, institution forwards recommended list to JAMB desk officer, the desk officer processes recommended list and generates list of provisional admissions, JAMB contacts candidates to accept or decline admission. If candidate accepts, admission is concluded for candidate.
The admission process ended yesterday, by 12 midnight but the process of acceptance still continues.

Maenwhile, the Joint Admissions and Matriculation Board (JAMB) had expressed optimism that tertiary institutions in Nigeria will comply with its directive on the deadline of admission.
The Board’s Head of Media, Dr. Fabian Benjamin who spoke with LEADERSHIP stated that when the directive was given, many universities have completed the process of their admission while some were at 95 per cent of completion.
Benjamin added that the institutions had reached that stage of admission process even with the strike action by the Non-Academic Staff Union of Universities (NASU) adding that the strike had not affected the process.
Recall that NON teaching staff unions in the universities under the umbrella of Joint Action Committee, JAC, last December directed all their branches nationwide to embark on a strike.
The three unions are the Senior Staff Association of Nigerian Universities, SSANU, Non Academic Staff Union of Universities and Associated Institutions, NASU and National Association of Academic Technologists, NAAT.

“Many universities have already finished their admission. Those who have not finished are already in their 95 per cent completion. This they did even with the strike. So nothing will stop them to finish the remaining five percent,” he said.
The head of media further stated that the deadline was given by the Board because it didn’t want the school calendar to be disrupted.
“Even after the strike action, the calendar will still be there,” he said.

Recall that JAMB has given directed to all tertiary institutions to end their 2017 admission by January 25, 2018.