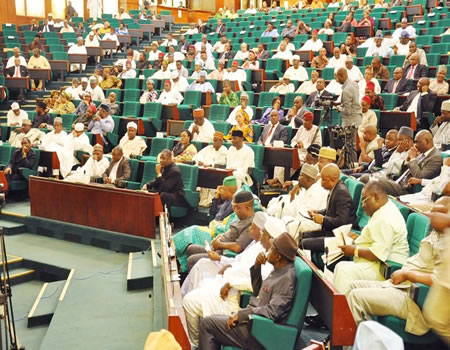 At plenary on Tuesday, Beni Lar, a Peoples Democratic Party (PDP) lawmaker from Plateau state, opposed the compulsory inclusion of religious education in the revised curriculum.

Lar charged his colleagues to look into the issue which has sparked controversy in the country.

After a debate, the lower legislative chamber adopted the motion to ask the ministry of education not to merge the subjects.

“Concerned that the new curriculum which is in conflict with certain religious beliefs also makes the teachings of those beliefs compulsory. Section 10 of the constitution of the federal republic of Nigeria, 1999 makes Nigeria a secular state and therefore religion should be separated from national values.”

The NERDC had launched the revised basic education curriculum in 2014, eliciting reactions from the Christian Association of Nigeria (CAN), Pentecostal Fellowship of Nigeria (PFN) and various quarters about the structure of the curriculum.

The curriculum had grouped subjects having religious components with civic education and called it religious and national values.

The NERDC had also included Islamic language in the curriculum as an optional subject.

We are yet to fix 2017 cut-off marks for admission, says JAMB

Equal Salary For B.Sc/HND Graduates In Paramilitary Agencies: A Step In The Right Direction