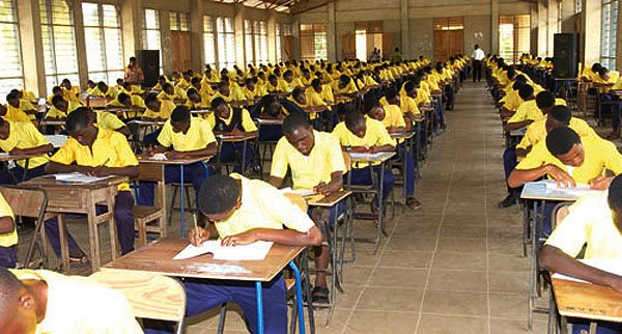 He recalled that the examination came into being
because of the mass failure recorded in the external
examinations, particularly the West African
Examination Council (WAEC).

Ondo State Commissioner for Education, Mr Jide
Adejuyigbe , said the state government spent about
N160 million on internal examinations for 2015/2016
academic year.
Adejutigbe made this known on Tuesday during the
monitoring of this year’s SS2 promotion examination
into SS3 in some schools in Akure metropolis.
The commissioner said that the objective was to
ensure that quality returned to education in the state.
He recalled that the examination came into being
because of the mass failure recorded in the external
examinations, particularly the West African
Examination Council (WAEC).
” This government decided that there would be a common
joint exam so that only those who pass could sit for
WAEC, the emphasis is to ensure quality in our students ,”
he said.
Adejuyigbe said that the examinations had really
brought out the best quality in the students.
“When we came on board, out of the 36 states, we were
in number 33 but as at last year, we are in number 13
and I am hoping that we will move higher this year.
“Once the students are doing well and the expected aim
is achieved, then the ministry has no business in
conducting this exam .
” And it would be handed over to the schools. But we
must be sure that quality education in the state is back
on track ,” he said.
Adejuyigbe, therefore, thanked Gov. Olusegun Mimiko
for being prudent in managing the economy of the
state in spite the economic crunch in the polity.
NAN reports that the schools monitored include St.
Louis Girls’ Grammar School, Celestial Grammar
School; Aule and Oyemekun Grammar School.