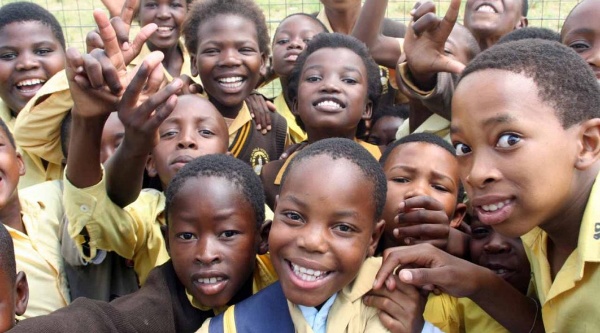 Rochas Foundation for Africa, a non governmental organisation (NGO), has disclosed its plan to offer free education to about one million African indigent children from secondary to tertiary institutions.
Briefing journalists on the year 2018 programme for the foundation, the Director General of the foundation, Mrs. Uloma Rochas-Nwosu, said the body had set out a total of nine projects. The projects she said are targeted to the needy in different parts of the nation and Africa in general.
‘’Since 17 years we have been imparting on lives , we have trained a little above 15,000. We want to give free education to one million indigent students, that is our prayer that is our dream,” she said.

While soliciting the assistance of the media to sensitise the public on the programmes aimed at helping the needy, Rochas- Nwhosu, said nine programmes which the authorities of the foundation had put in place in the year include Rochas Foundation Love Outreach, South East Conference for the Rochas Foundation Old School Association (ROFOSA), Unveiling of Rochas Foundation Magazine, Women Summit, visits to the Northern states, among others.
On the source of income, she disclosed that about 75 per cent of the income is from the principal, Governor Rochas Okorocha, including proceeds from the real estate and hotels.