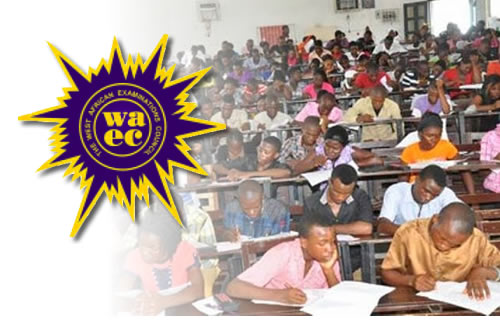 A Federal High Court, Abuja on Thursday
dismissed a suit filed by the Exam Ethics
Marshals International, against West
African Examination Council (WAEC)
demanding the names of officials, aiding
and abetting examination malpractice.
Exams Ethics, a Non-Governmental
Organisation (NGO) had filed the suit
relying on the provisions of the Freedom of
Information (FOI) Act.
In his judgment, Justice Evoh Chukwu held
that the plaintiff failed to prove its case,
that by providing such names it would not
negatively affect the confidentiality of
the examination body.
He said Sections 13 (1) and 14 (1) of the
FOI Act empowers public institutions to
deny applicants access to certain
information that could undermine the
confidentiality and security of the nation.
The judge said that the applicant also
failed to file further and better affidavits
in opposition to the submission of the
respondent counsel on this position.
He ordered the plaintiff to pay WAEC the
sum of N100, 000 as damages.
“ It is obvious that the applicant failed to
prove its case, the suit is hereby dismissed
and the applicant is hereby ordered to pay
the sum of N100,000 to the respondent as
the cost of filing the suit,’’ he said.
The NGO had filed the suit through its
lawyer, Mr Jeremiah Akahazemea,
demanding for the names of the
invigilators, supervisors and the students
involved in malpractices for prosecution.
Akahazemea asked the court to compel
WAEC to provide them with relevant
information that would assist the
organisation to prosecute the culprits.
Specifically, the group asked the court to
compel WAEC to produce its officials that
supervised the May/June 2013, May/June
2014 and Nov/Dec 2014 WAEC
examinations.
The lawyer said that non-disclosure of the
culprits made it impossible for education
stakeholders, institutions and the public to
carry out their civic duties.
It contended that the request was in line
with the provisions of the FOI Act. (NAN)