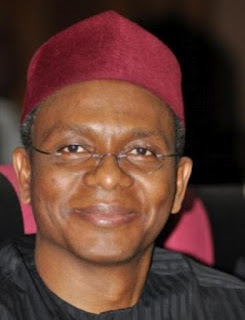 Kaduna State Government has declared a 13.7
billion naira yearly free education policy for
primary and Secondary Schools students in the
state.
The State Governor, Nasir El-Rufai made this
announcement at the end of a three-day retreat
for Commissioners and Special Advisers in the state
at the Fifth Chukker Polo Ground, along Kaduna-
Saminaka Express Way.
According to him, the policy had taken away the
burden of tuition fees, school uniforms, feeding at
the state boarding schools and other sundry
charges from parents every year.
The governor strongly warned that any principal
who collects any form of fees from parents would
be dealt with, describing as fraudulent the 3.7
billion naira allegedly spent on school fees by the
immediate past PDP government in the state.
The governor explained that about 9 billion naira
would be spent for standadized three sets of
school uniforms for 1.1 million pupils in primary
schools and other materials to make learning easy
for them, while about 3.7 billion naira would be
spent on fees and feeding for over 3,780 Junior
Secondary Schools students across the state.
He added that the state would be paying about
200 million naira per term as school fees for
students, while government supplement for feeding
in boarding schools would gulp 200 million naira
per term as well.
According to the governor, about 5,000 local tailors
would be engaged to produce the single type
uniforms for all the schools in the state, noting
that the idea was to create jobs for local
entrepreneurs in Kaduna State.
He assured that Kaduna state would follow the
path and landmarks of progressive leadership as
represented by the All Progressive Congress, APC
and President Muhammadu Buhari, stating that
transparency, accountability, strict adherence to
ethics and values, integrity, openness and high
sense of responsibility would be the watchword of
his administration.