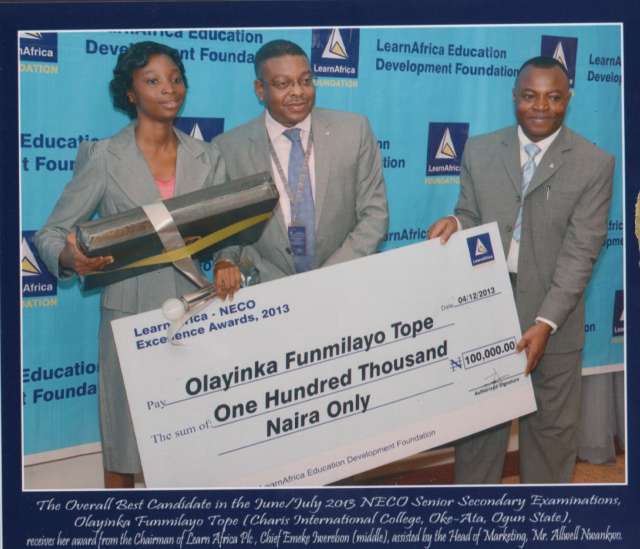 students, teachers and schools that posted

outstanding performances during the June/July

2015 NECO SSCE examinations. The award is in

line with the foundation’s unwavering

commitment to the celebration and promotion of

The awards for Biology and History were

introduced last year in honour of the memories

of two Nigerians who distinguished themselves in

who literally resisted the spread of Ebola

Virus diseases in the country and contracted

the disease in the process, which led to her

chancellor of University of Lagos, was a

Between Tuesday, November 17 and Wednesday,

December 2 the awards will be presented to

students, teachers and schools who by their dint

for others. There are two categories of awards

– National and State. The national awards will

go to the overall best three candidates as

consisting of the three best performing

candidates in each state and the Federal Capital

Territory, Abuja will be recognized and receive

exciting prizes during the presentations. The

will collect their prizes in 13 zonal centers

Also, one teacher from the school of the first

prize winner in each state will receive special

recognition during the event in appreciation of

their great contributions to the students’

addition, the Foundation will donate books to

the libraries of the schools that produced the