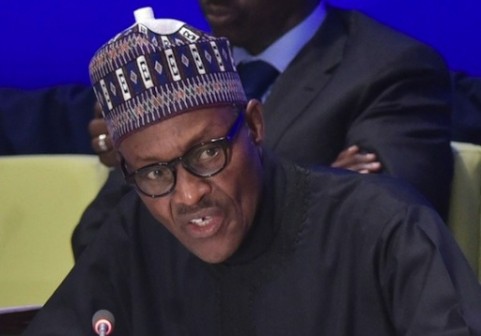 Save Nigeria Group, SNG, based in Warri, Delta state has urged the Federal Government
not to cancel the Nigerian Maritime University as a means of punishment to those who
have allegedly embezzled public funds because the university does not belong to those
people, neither does it bear their name.
The group said the Nigerian Maritime University, Okerenkoko, should be reinstated as it is
a known fact that the main aim and purpose of government is to serve in the best
interest of its people.
The group noted that if there are misgivings or irregularities in the award of contracts to
the building of the university, the government is well informed in devising means to
correct such irregularities.
According to the SNG, cancelling the University as a means to restore lost funds allegedly
siphoned by some persons or institutions does not in any way serve the general public
interest, especially the people of the Niger-Delta.
SNG in a statement signed by Jacob Abai, national coordinator and Fiyebo Eperetei,
national spokesman, stated that “As a matter of national interest, at this period of
dwindling national economy, it will be a waste of national revenue and tax payers’ money
to abandon this project considering the volume of our national wealth that has already
been invested in it.
“We believe that the cancellation of the university will make no economic value or serve
as no deterrent to corruption, neither will it serve as a weapon of punishment to any
accused person.
“Establishing a university in a rural community of Niger-Delta was first suggested by host
community leaders during the administration of President Olusegun Obasanjo in one of the
meetings that gave birth to the present Oil Producing Areas Development Commission
and was finally achieved during the immediate past administration of President Goodluck
Jonathan through the unanimous agreement by stakeholders that followed due process in
passing through act of parliament decision in our nation.
“Therefore, the university should not be proposed to be cancelled or used to settle
political score.The Nigerian Maritime University, Okerenkoko will be of a great economic
value to the society and open up those areas of the country where development is
needed.
The group argued further that as a matter of national interest, the university will naturally
reduce illiteracy, illegal activities, primitive acts in the creeks, resulting to, drastic
reduction of militancy activities in the Niger-Delta areas because of the positive impact it
is going to create on the lives of the people in the region and Nigeria at large.
The establishment of a higher institution of this sort in any part of the country is not for
the sole benefit of the host communities, State, or Region, but serves as a new birth of
educational and economic opportunities for all and sundry.
The group condemned for the “Arewa Consultative Forum” for endorsing the proposed
cancellation of the Maritime University. “We are not surprised by the support the Arewa’s
have for the Honourable Minister of Transport (Rotimi Amaechi) who is not a Minister of
Education to determine the cancellation of the university. It is becoming glaring that the
Arewa’s are very happy because the Honourable Minister is obeying their instructions to
cancel the proposed Maritime University to upgrade their own Aviation University, Zaria
which we know is not going to be in the interest of the whole country but for their selfish
interest.”
“The Save Nigeria Group, therefore urges President Muhammadu Buhari to resist any
sycophant ideas or advice concerning the cancellation of the Maritime University in order
for us to have absolute peace in the Niger-Delta and Nigeria at large. There is a need for
the Nigerian Maritime University, Okerenkoko, Delta State to be reinstated in all
ramifications.
It appealed to the Federal Government for the sake of peace and harmony to allow the
institution be because it does not matter where the university is located, “it will enable
Nigerians to understand the essence of a united Nigeria”