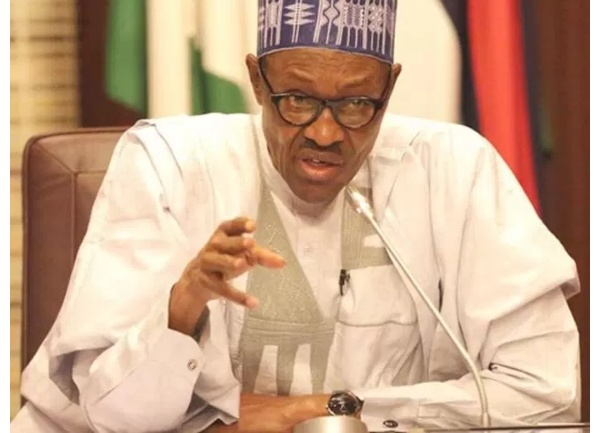 As Obasanjo gets PhD in Christian theology from NOUNKuniTyessiin Abuja
President MuhammaduBuhari has charged the National Universities Commission (NUC) to review the Nigerian university curriculum, in order for it to meet national needs and be relevant and equivalent to global demands and standards.
Buhari, who gave the charge yesterday at the 7th convocation ceremony of the National Open University of Nigeria (NOUN), notedthat universities need to be innovative enough in approach to curriculum development.

The President, who was represented by the executive secretary of the Commission, Prof. AbubakarRasheed, also emphasised on the need for the NUC to continue to embark on strategic capacity building to bring academics up-to-date with new trends in their respective subject areas.

He explained that his administration was committed to ensure that every facet of the university education including Open and Distance Learning Education is given due priority to provide quality university education to Nigerians.
He said, “There shall be no discrimination in terms of employability and opportunity for graduates of Open and Distance Learning programmes to pursue higher degrees either in conventional universities or the ODL setting.
“In the light of this, government will continue to accord the graduates of NOUN and those of other distance learning institutions in Nigeria, due recognition to buttress the fact that they are not inferior to those of conventional universities”, he added.

He stressed on the space in which NOUN has been able to absorb qualified university candidates who would have been denied admission into Nigerian universities for lack of space.
In his address, former President, OlusegunObasanjo, who was awarded Doctor of Philosophy (PhD) in Christian Theology by NOUN, disclosed that he was never given any preferential treatment by the university throughout his days as a student in the institution.
Obasanjo opined that he had decided to go back to school to prove that there was no age limit to open and distance learning, and added, “I am proud to be awarded a degree by one of the of the best institutions in Africa.”
He also urged the federal government to continue to encourage the institution to enable it achieve its mandate.

In his speech earlier at the convocation, the NOUN Vice-Chancellor, Prof. AbdallaUbaAdamu, noted that the university graduated a total of 14,769 students from various faculties.
He noted that the convocation ceremony was historical for graduating the largest number of students at the same time in the history of university education in Nigeria.
He said, “For an 81 or 82-year-old man doing PhD programme is a clear message that no one is too old to learn. It is also a message that nobody is too powerful to learn.
“This is because Obasanjo was a former Head of State of this country and an elected President, with international reputation all over the world, yet, he subjected himself to the rigours of academic work and acquired a doctorate degree,” he said.
The Vice-chancellor said based on Obasanjo’s sterling example, the university has received several applications from other older people to come and study at the university.
He noted that incidentally, the former President was the one who revived the National Open University when its operation was suspended because of various challenges.
“He enrolled as undergraduate and finishing with PhD because of passion for learning and improving himself”, Adamu said.

He disclosed that the Open University has over 450,000 students’ enrolment, out of which 180,000 are active students. He announced that the University has offered scholarship up to PhD for all inmates in Nigerian prisons who possess qualification and are willing to acquire University education.