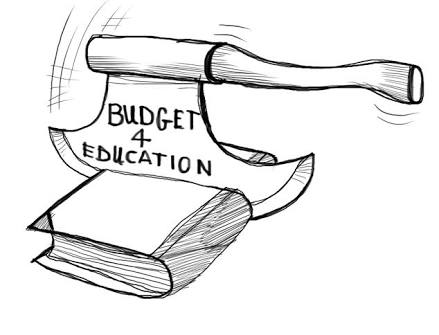 He said that the budget focused on six priority areas which include; Health, Agriculture, Education, Sanitation and Water Supply, Youth and Women Empowerment and Infrastructural Development.

Haruna said that education is an area of critical importance to the state government and that was why it had been allocating higher percentage of its budget to the sector.

He said that various interventions will be carried out in the education sector to consolidate the gains being made.

According to him, the projects will include renovation and reconstruction of a lot of primary and secondary schools, training and retraining of staff, provision of equipments and construction of Information and Communication Technology (ICT) centres, among others.

The Permanent secretary informed that previous interventions have been yielding positive results adding that education is gradually being transformed in the state.

He said that the allocation given to the Health sector in the 2018 budget shows Government’s commitment to the sector aimed at providing a better healthcare delivery to the people.

He said that the government has also planned various interventions in the health sector in the 2018 budget which will include the continued implementation of the five-health point agenda and establishment of state health care insurance agency.

Others intervention he said were the provision of 1% of the entire state Consolidated Revenue Fund (CRF) for Basic Health Care Delivery, fulfilling all national and international health partnership agreements as well as implementation of the National Policy guidelines for primary health care under one roof.

The Permanent secretary explained that the budget christened “Budget of Consolidation” will massively invest in infrastructural revolution as well as human capital development.

By CEMCSL | December 31, 2017 | Blog | Tags: 15.23% to health sectors, 2018 budget: Bauchi allocates 18.8% to education, 420 800. This was disclosed by the Permanent Secretary of the State Planning Commission, 579 696, 627 to education and N25, 643 representing 15.23% to the health sector in the proposed 2018 budget of N167, Agriculture, at a ministerial media briefing on 2018 budget on Friday. He said that the budget focused on six priority areas which include; Health, Education, provision of equipments and construction of Information and Communication Technology (ICT) centres, Sanitation and Water Supply, The Bauchi State Government has allocated 18.8% which amount to N31, the numbers of students that passed the national exams rose from 3.37% in 2015 to 17% in 2016 and 27% in 2017, the projects will include renovation and reconstruction of a lot of primary and secondary schools, training and retraining of staff, Yahuza Adamu Haruna

WAEC May Use Computer Based Test for 2018 Exams